Our production apprentice reports on her first 8 months!

I have been a content production apprentice at Page One since September of 2021, and it’s been full on since I started!

One of the first things I learnt was how to input and organise imagery from a shoot for others to work from.

Starting here helped me to understand the whole agile production process and how the work I do fits in and is important.

During my first shoot on location, the plan went straight out the window – this was not new to me as I had similar experiences from completing my A level in Photography.

So it was nice to know that even for professionals it doesn’t always go smoothly!

One of my roles as an apprentice is to edit in Photoshop.

This ranges from captioning, removing blemishes on portraits, to retouching and sky replacements in landscapes.

This work isn’t always easy, but as an apprentice you get the opportunity to learn from your problems and mistakes.

I spent an hour trying to edit a cable out of one image and became frustrated because my technique wasn’t working.

So, I sat back and reflected and changed my approach to a different technique I had used on other photos, completing the change in minutes.

Unlike Photoshop, before my apprenticeship I had only used Premiere Pro and After Effects for video a handful of times.

My first tasks with creating rushes and animating logos meant I gained experience with both of these apps.

By shadowing colleagues and assisting producing video property tours I am now editing full property tours with social media edits, for  one of the UK’s biggest property developers, Barratt London!

Check out my first one, a 2 bedroom property at Springfield Place in London!

After I did the initial edit on the video, colleagues helped with feedback and I then added music and produced the motion graphics according to the Barratt brand guidelines.

Once that was finished all that was left to do was the colour!

On this part I shadowed a colleague, to learn the process and level of detail required to colour correct and grade the shots.

With a new colour grading edit suite based on Resolve being brought into Page One, I am going to be learning a lot about that in the future!

These are the experiences you gain in an apprenticeship, which is one of the best ways to learn within the creative industry.

I can’t wait to see what I learn over the next few months!

If you have a video project in mind, and would like to see how Emma or the rest of the team could help, Get in Touch!

We were blessed recently when we were asked to produce a short event video about the launch of Nottingham City Transports new fleet of Enviro buses. There had been a considerable amount of discussion and… 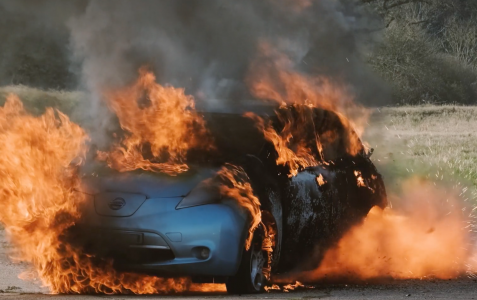 The One where we get to blow up an EV…

EV fires are a fear for many people, Our recent video for Prosol UK, where we filmed a EV being burnt, demonstrated their new fire blanket in action. 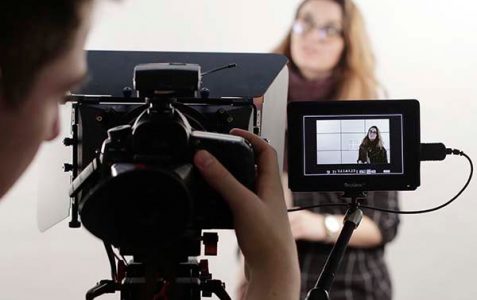 5 tips for delivering a script to camera!

Delivering a script to camera in a corporate video can be a daunting task. But with some simple tips almost anyone can be a star!