Secret Squirrels with the RAF

Tuesdays secret mission was to be one of the first photographers to be granted access to the RAF’s high security drone, (Or UAS) base at RAF Waddington.

From this rather ordinary looking hangar near Lincoln the RAF operate their Reaper drones (Don’t call them that BTW… they get very upset..). The amazing thing is that whilst they are being flown from Lincolnshire, they are actually flying in Afghanistan. The aircrew for these machines spend their normal days shopping at Tesco, taking their kids to school, and cutting their lawns, jut like you and I. Then after battling their way through traffic into their office, they engage in battle with the Taliban.

Until today this secret facility has been out of sight to you and I, but for one extraordinary day a select few of us were invited in to see what the RAF, and other branches of the military do with these secret killing machines.

We were able to see how the Reapers are flown, and meet the aircrew and put our hands on the newest and smallest drones being deployed in combat, (including the tiny, 12 cm long, Black Hornet which the infantry carry in their pockets). We also saw the new Watchkeeper which will be used by the Royal artillery to do all sorts of thing which they wouldn’t tell us about, and met the pilot.

Today the Independent and their sister paper the I published the pictures from this visit, and you can see the results both in the paper and online.

As per usual I don’t think the paper published the best images from the shoot…. So I will put some here!

So, for all you pixel peepers out their, all of these were shot on the 5dmk3 at 1600 iso. I used the 20mm f2.8 and the 85mm f1.8. Lighting in the main hanger is the awfull sodium vapour. This poses a special problem as its almost impossible to colour correct. i have done a bit of correction and then desaturated some…. as it is I am sure they would look better in black and white.

I also was shooting some material on the Fuji X pro 1 which I am trialling…. in these challenging lighting conditions the camera did quite well, with very low noise and as good a colour balance as the 5dmk3… sadly however the battery packed it in half way through…

Please remember that the above images are copyright of PAGE ONE and are not for use anywhere out side of this blog. Thanks!

Back in the saddle again…..

Monday, January 4th. Its’ a bit early in the year to be starting work isn’t it? Shouldn’t we all be off until at least the 11th? Sat here in my hoodie and scarf waiting for…

I recently spent a long Saturday photographing the Alliance Healthcare’s charity Football/Netball Event in Nottingham for Seven Publishing. It was an unexpectedly hot day, and the shoot involved a wide range of subjects, including action,… 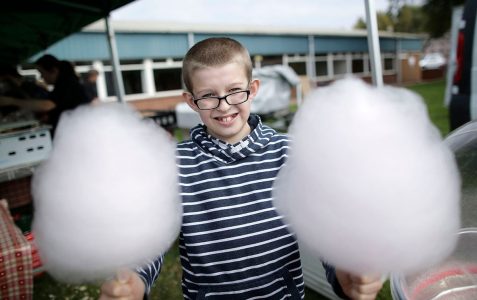 A great way to use still photography in a video!